8:30 am — Presentation of the match schedule

The Techaide soccer tournament is divided into two categories:

All teams will play a minimum of 4 games (2 in the morning and 2 in the afternoon) followed by a series of semis and finals. The Competitive teams will also play in a quarter section.

On the day of the tournament, teams will be divided into 5 groups :

The games are played outside at the Claude Robillard Sports Complex (CCB) on a half-sized soccer field (Soccer a 7). There are two large soccer fields that are located right beside each other at the CCB. One is natural and one is synthetic.

All games will be played using a running time format. The matches will be 16 minutes with a 4-minute break between matches.

For all games, points will be awarded as follows:

Note: We will not use the final scores to calculate results/positioning. All ties will go to a coin flip at the end of the day. We do not want teams running up the scores as this is a FundRaising tournament.

Start of the game

The event says that the team must be mixed. What is the M-F ratio?

Number of players per team?

There are 7 players on the field with a max of 5 replacements for a total of 12 players.

Duration of the games?

The matches will be 16 minutes with a 4-minute break between matches.

What kind of footwear should we wear?

ATTENTION: No metal spikes or aluminum cleats will be tolerated. Ideally, this surface calls for mini-cleats.

What is the goal size?

Will there be a locker room on-site to change?

Yes! There will be two locker rooms on site. However, padlocks are the responsibility of the players.

Are supporters allowed to attend?

There are no stands, but players can be accompanied by fellow colleagues and family as fans.

Where is the meeting place?

The Crémazie metro station is less than 12 minutes away. 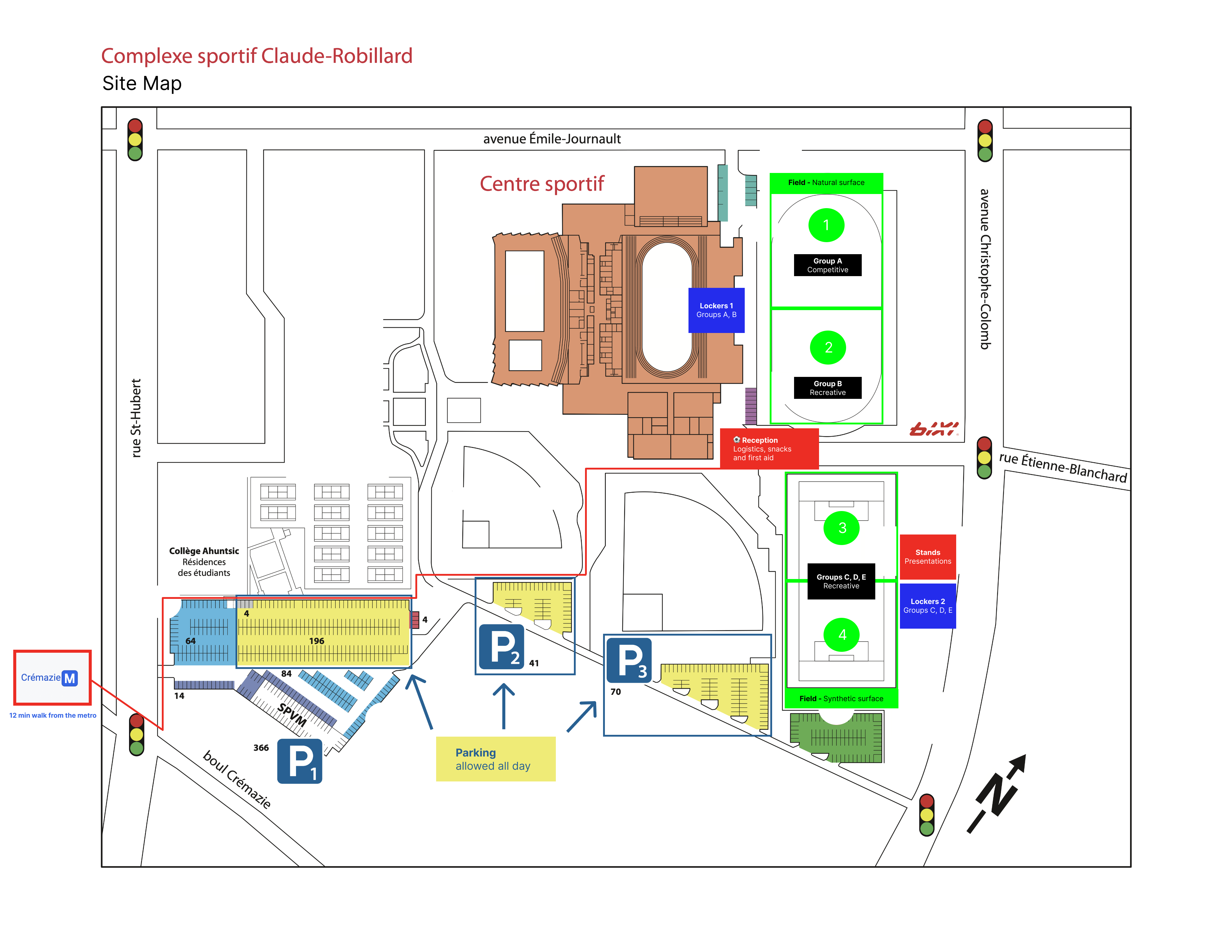 Add impact to your inbox

Stay in the know about everything Techaide, from news, announcements, to upcoming events.